Please join us in welcoming Max Flinn to CityWestPlace. 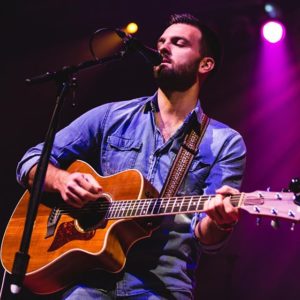 Max was born and raised in Houston, TX. His love for Texas country music started in Junior High and was heavily influenced by Pat Green, Robert Earl Keen, Cory Morrow, and company. Playing music was never more than a hobby for most of his teens and twenties. He would entertain friends and family members but the idea of a career in music didn’t ever cross his mind. Max was battling some pretty heavy demons during those lost years. What started as partying on the weekends turned into full-blown drug addiction before long. His struggles are what makes his music so authentic. David Garrick of The Houston Press wrote “… his music is so sincere and heartfelt, that you immediately see him as so much more than those Nashville stereotypes”. There is no choice for Max but to tell his story. Since 2012 he has been clean and sober and found his true purpose is helping others recover, whether that be through his music or community outreach.

Thank you for your interest in CityWestPlace. Please contact Leasing via email at leasing@pky.com or by phone at 832-308-6055 for any additional information you might like about your selection(s).
You have not added any listings to your collection yet
Download Collection